The 7,6 mm Avtomat Kalashnikova model 1947 (Russian: 7,62 мм автомат Калашникова образца 1947), known in English as the AK-47, is a gas-operated assault rifle chambered for the 7.62 x 39 mm cartridge. It was developed in the Soviet Union in the 1940s by the small-arms designer Mikhail Kalshnikov and is named after him. The…

END_OF_DOCUMENT_TOKEN_TO_BE_REPLACED

Invented in 1969, Gore-Tex is a fabric that is both waterproof and breathable at the same time, thanks to a special membrane that will repel liquid water while allowing water vapour to pass through. Gore-Tex is a registered trademark of W. L. Gore & Associates. The generic term for the material is expanded PFTE (ePFTE),…

END_OF_DOCUMENT_TOKEN_TO_BE_REPLACED

The Franklin stove was invented by Benjamin Franklin in 1742, but did not become a commercial success until it had been improved by David Rittenhouse. The Franklin stove was a metal-lined fireplace which had a hollow baffle near the rear to transfer more heat from the fire to the air of the room. With his…

END_OF_DOCUMENT_TOKEN_TO_BE_REPLACED

In 1892, the Scottish scientist Sir James Dewar invented the insulating vacuum flask while researching cryogenics. He was performing experiments to determine the specific heat of the element palladium and needed to keep the palladium at a stable temperature. To this end, Dewar enclosed a brass chamber in another chamber and evacuated the air between…

END_OF_DOCUMENT_TOKEN_TO_BE_REPLACED

The Northrop Loom was a fully-atomatic power loom introduced in 1894-1895. It is named after James Henry Northrop who invented its shuttle-charging mechanism. The Northrop Loom was marketed by George Draper and Sons, a company based in Hopedale, Massachusetts. With the Northrop loom, the textile industry could achieve higher levels of production, and the loom…

END_OF_DOCUMENT_TOKEN_TO_BE_REPLACED

The Shaker broom vise was invented in a time when the standard broom was round. The shaker broom vise resulted in a broom that was flat instead of round, and these flat brooms proved to be more suitable for cleaning purposes. The flat-broom design also revolutionized the production of brooms, and in New England, the…

END_OF_DOCUMENT_TOKEN_TO_BE_REPLACED

The term was coined by the Alcoa Corporation around 1940, and later rose to fame through Walt Disney Imagineering, the design and development arm of The Walt Disney Company responsible for the creation of Disney´s theme parks.

Today, the term imagineering is strongly associated with the Walt Disney Company, and Disney Enterprises even trademarked the word in 1990. It is, however, not a word invented by Disney. The earliest known use of the term is from around 1940, when the Alcoa Company began including it in their advertising. From there, it spread, and it appeared in numerous print publications throughout the rest of the 20th century, in texts pertaining to a wide range of different disciplines, including futures studies, urban design, evolutionary economics, geography, politics, and corporate culture.

Alcoa (an acronym for Aluminum Company of America) is an aluminium producer with roots going back to the 1880s. Today, it is the world's eighth-largest producer of aluminum, and conducts operations in ten different countries. During World War II, Alcoa created in international “Imagingeering” program to encourage innovative uses of aluminium. 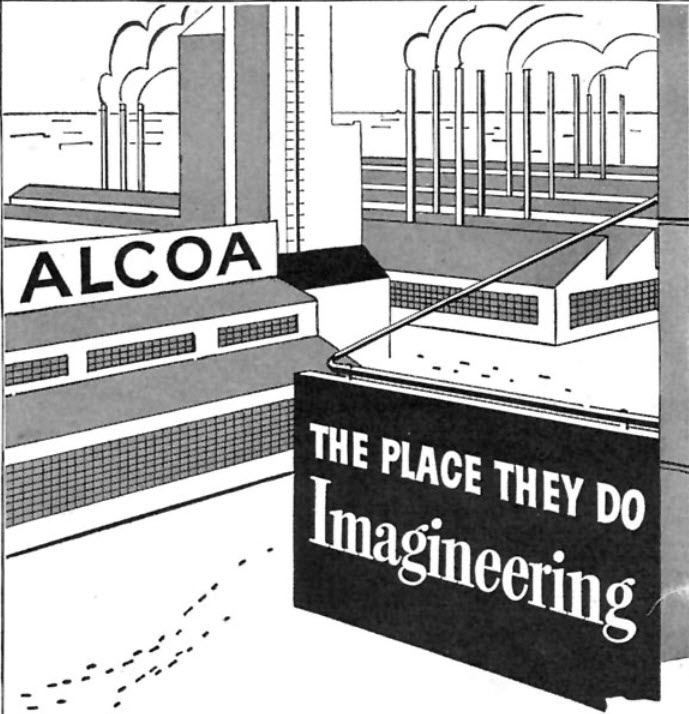 “For a long time we've sought a word to describe what we all work at hard here at Alcoa (...) IMAGINEERING is the word (...) Imagineering is letting your imagination soar, and then engineering it down to earth.”

What is the Imagineering Foundation?

Imagineering was established in New Jersey in 1986 an in-house studio of Absolute Entertainment. Examples of video games they developed for Absolute Entertainment are Battle Tank, Super Battletank, A Boy and His Blob: Trouble on Blobolonia, and The Rescue of Princess Blobette. They also developed games for several third-party publishers, including the Atari Corporation and Activision.

No. The Forex broker Imagine FX has closed down and in no longer in business. They were unregulated and closed down after allegedly scamming a large number of clients. Imagine FX is a good example of why traders should always choose a regulated Forex broker that is regulated by a trusted regulatory body. Click the link to find a list of regulated brokers that is a better alternative than Imagine FX.

Is the magazine ImagineFX still available?

Yes. The magazine ImagineFX is still being published in the UK.

Is the computer company Imagineering Australia still in business?